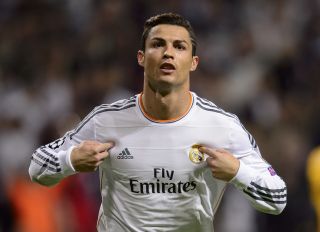 Barcelona and Argentina star Lionel Messi has been crowned the best player on the planet four times in a row, but Ronaldo will be hoping to end that run when the 2013 winner is announced in January.

Messi, Bayern Munich winger Franck Ribery and Paris Saint-Germain striker Zlatan Ibrahimovic are also expected to be in the running for the award.

But Real coach Ancelotti has no doubt the Portugal captain would be a worthy winner.

The Italian told TV programme El Larguero: "It's Cristiano's moment to win it ahead of Messi and Ribery,

"He has surprised me the most with his professionalism. He's very serious, he has amazing attention to detail. It's that which helps us the most - he doesn't just score."

Ronaldo has already scored 21 goals for club and country this season and he will be eager to maintain his outstanding form in Saturday's eagerly-awaited La Liga clash with Barcelona at Camp Nou on Saturday.