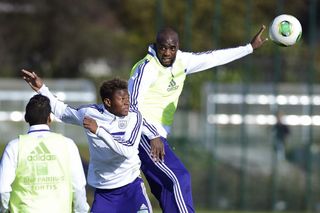 The former Liverpool, Juventus and Paris Saint-Germain midfielder had been training with the Belgian Pro League champions with a view to a permanent move.

However, despite playing 90 minutes in a recent friendly with NAC Breda, the 28-year-old has been unable to agree a deal with the Brussels outfit.

"Although Mohamed Sissoko could mean added value for RSCA (due) to his experience and leadership, we have unfortunately no agreement," general manager Herman Van Holsbeeck said in a statement on Anderlecht's official website.

"I want to personally thank him for his positive and inspiring attitude."

Sissoko made 37 appearances for PSG - and enjoyed a loan spell at Fiorentina - before his contract was terminated by mutual consent in September.