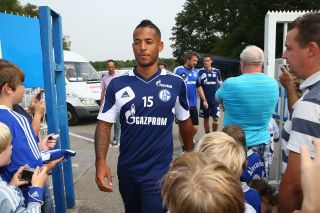 The 26-year-old Germany international can operate in both defence and midfield.

Aogo joins a Schalke side who secured their progression to the UEFA Champions League group stage on Tuesday, and he stated his desire to feature in the prestigious competition.

"I will give it everything to help the team."

"Dennis is a player who will certainly bring something to us with his versatility," he said.

"With him in the squad we now have more options for the team."

While Schalke have qualified for the group stages of the Champions League, Keller's side have not won a game in the Bundesliga so far and sit in 15th place.