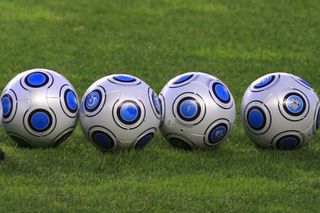 The two sides entered the clash at Arsenal's Estadio Julio Humberto Grondona in Avellanda level on 20 points but the hosts - with the helping hand of some ill discipline from San Lorenzo - claimed all three points late on.

The visitors were down to nine after winger Leandro Navarro and defender Santiago Gentiletti were both sent off for earning second yellow cards in the 49th and 65th minutes respectively.

Despite their clear disadvantage, San Lorenzo took the lead with 16 minutes to play - as Ignacio Piatti converted from an Angel Correa assist.

The hosts were struck into action by conceding the goal and substitute Julio Furch popped up to equalise two minutes later.

Furch then won it for Arsenal in the first minute of added time, to send them clear second and three points from league leaders Newell's Old Boys.

Newell's enjoyed a 1-0 win at home to River Plate, with Victor Lopez netting the winner in the 77th minute.

It was their eighth win from 11 matches this season and kept Newell's clear top on 26 points.

Boca Juniors were denied all three points late in their hosting of lowly Rosario Central in a 1-1 stalemate.

Boca struck early via Emmanuel Gigliotti but dropped two points when Rosario's Sebastian Abreu was on target in the 89th minute - extending the latter's unbeaten run to four matches.

Atletico Rafaela made it three wins in succession, with a 1-0 result at home to Argentinos Juniors, who had Leonardo Sanchez dismissed late.

Rafaela sit in fifth on 19 points, ahead of Godoy Cruz and Gimnasia La Plata on 18.

Godoy Cruz chalked up a 1-0 road win over Lanus, who slumped to their third straight loss, while Gimnasia La Plata held on for a 1-1 draw away at Tigre despite playing the second half with 10 men.

Estudiantes are eighth on the table, after winning just their third match of the season 1-0 over lowly Racing Club.

They have drawn seven of their 11 matches this season but Estudiantes snapped a run of three consecutive stalemates when Racing Club's Jose Gomez got the final touch into his own net.

Racing Club are clear last with just two points from their 11 fixtures.

In other results, All Boys were kept to a 0-0 draw at home to Colon, while Quilmes won 1-0 at Belgrano and Olimpo came from behind early to defeat Velez Sarsfield on their own turf 2-1.