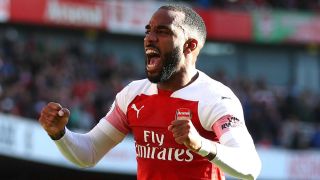 Arsenal have announced a new kit sponsorship deal with Adidas, which will take effect from next season.

The agreement, which is reportedly worth £300million over five years, becomes active from July 1, 2019.

It is claimed the new deal will bring in double that which they have earned from Puma since 2014, although it is still less than the reported £75m per year Manchester United earn from Adidas.

Arsenal's last kit deal with the German sportswear giants was back in the 1993-94 season, two years before Arsene Wenger, the longest-serving manager in the club's history, took charge.

Arsenal and adidas have agreed a new kit partnership, effective from July 1, 2019 October 8, 2018