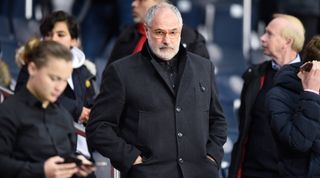 Arsenal have identified the man they to oversee the club long-term in the post-Wenger era – and he apparently is up for a new challenge.

Andoni Zubizarreta, Barcelona’s former sporting director, is reportedly unhappy with the progress being made at his current club Marseille, who currently lie outside of the European spots in Ligue 1.

Sven Mislintat resigned as Arsenal’s head of recruitment in February, and the club is keen to find a replacement before the beginning of next season.

North London bosses have identified Barça legend Zubizarreta, who was ever-present as goalkeeper in Johan Cruyff’s European Cup-winning 1991/92 side, as the ideal candidate for the role.

He later became sporting director at the Catalonian club, but was forced out in humiliating circumstances that upset several major players, including Leo Messi – as FFT revealed in 2016.

Since then, he has overseen strategy at Marseille – but, according to French newspaper L’Equipe, he has become frustrated at OM.

The 57-year-old would be seen as a coup for Arsenal, though, who were embarrassed by Mislintat’s departure.

One Twitter user has noticed something uplifting about Arsenal

Ranked! The 15 most productive players in the Premier League this season