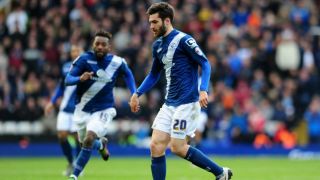 Arsenal youngster Jon Toral has been sent to Granada on loan for the 2016-17 season.

The 21-year-old joined the Gunners from Barcelona's youth academy in 2011 but has yet to make a senior appearance for the Premier League side.

He was loaned out to Brentford and Birmingham City over the past two campaigns, and will now continue his development in Spain's top flight.

"Jon Miquel Toral Harper is a player who arrives on loan from Arsenal for one season," a Granada statement released on Tuesday confirmed.

"The young midfielder will have the opportunity to debut in a star league, under the instruction of Paco Jemez, and continue his meteoric career."