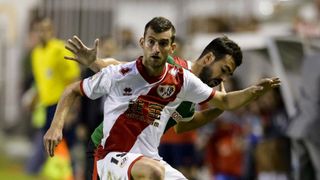 Villarreal have boosted their striking ranks immediately after selling Luciano Vietto to Atletico Madrid by taking Leo Baptistao from the Vicente Calderon on loan.

Vietto scored 20 goals in his maiden season for Villarreal last term, form enough to prompt a reunion with Atletico boss Diego Simeone, who coached the striker at Racing Club in Argentina.

With a UEFA Europa League campaign on the horizon, Villarreal have been quick to bolster their attacking ranks.

Baptistao joined Atletico from Rayo Vallecano in 2013, but has made just a handful of appearances since, spending most of his time on loan away from the club, with Real Betis and back at Rayo.