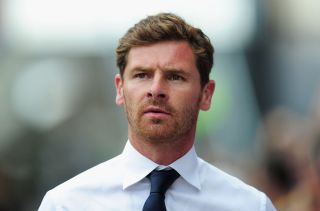 Townsend's contribution proved vital on Sunday, with the midfielder winning a penalty in the second half after he was fouled by Jonjo Shelvey.

Roberto Soldado duly converted from the spot to give Tottenham all three points, his second in successive Premier League games following his winning strike against Crystal Palace last weekend.

Tottenham manager Villas-Boas reserved special praise for 22-year-old Townsend, who has handed a place in the starting XI after scoring and providing two assists in Thursday's 5-0 UEFA Europa League win over Dinamo Tbilisi.

"I think when he receives the ball with space he has one objective, which is to take on the man and beat the man," Villas-Boas said.

"He's really adding to our game because he brings that light and spark into our game. He's a very explosive player, we gave him the opportunity bearing in mind what he did against Dinamo Tbilisi and I think he took it very, very well."

Tottenham have recruited heavily in the transfer window, bringing in Nacer Chadli, Paulinho and Etienne Capoue as well as Soldado.

All four players featured in the win over Michael Laudrup's side, and the Portuguese is delighted with the impact they have had so far.

"For a team that hasn't had a lot of time to train, the knowledge of the game that they have, the technical qualities that they have enabled them to play like this with such less time together," Villas-Boas added.

"I think all of these additions are really showing quality, plus they have brought to the team and the players a new mentality, we look sharper and have a greater will to win."