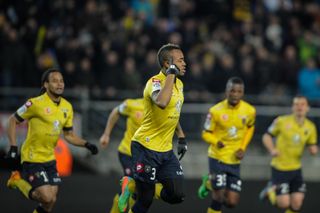 The Ghana international moved to the Stade Auguste Bonal on loan in January for the remainder of the season and has scored three times in 15 appearances.

With Sochaux in danger of relegation - four points off safety in 18th - Ayew is eager to help keep the club in Ligue 1 and force his way back into contention at Marseille.

The 22-year-old also wants his club form to secure him a place in Kwesi Appiah's Ghana squad for the FIFA World Cup.

"There's nothing better than playing every weekend. That's what Sochaux gives me, so I'm happy here," the Ligue 1 website quotes him as saying.

"I'm capable of being an undisputed first-team regular at Marseille.

"For the moment, I want to play well at Sochaux and go to the World Cup. We'll see after that."