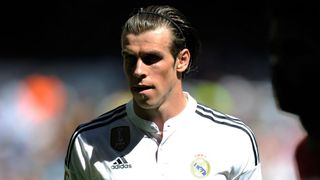 The Wales international suffered a foot injury during Real's 9-1 destruction of Granada on Sunday, but head coach Carlo Ancelotti hopes he will be fit for their next league encounter.

"Bale has had a problem with his left foot," said the Italian. "We will assess him tomorrow and then decided on the starting line-up."

Real's weekend victory kept them in touch with Barcelona at the top of the table, and Ancelotti hopes they maintain their form against the unpredictable Rayo.

"It will be a complicated, as always with matches against Rayo," he added. "They are a team with a very clear idea of the game, who are well organised.

"It is important for us to have the same attitude as we did against Granada. It is sure to be a tough game.

"Vallecano are a team that has the quality to try to control the game with possession and pace. It will be more complicated.

"But I have at my disposal the best squad in the world and I am confident that this season will end well."