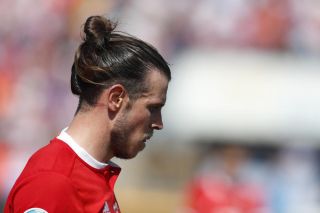 Mate Patkai drove home the winner 10 minutes from time after Wales – 32 places above Hungary in the world rankings – had failed to clear the ball in their own penalty area.

It was a second defeat for Wales in the space of four days and leaves them six points behind Hungary, albeit with a game in hand, and three adrift of Slovakia and Croatia.

Patkai’s strike will have proved especially painful for Gareth Bale, who had a moment in front of goal on the hour mark that he will want to forget.

Wales sprung the Hungary offside trap superbly as David Brooks swerved away from his marker and fed the ball into Tom Lawrence’s path.

Lawrence looked up and picked out the unmarked Bale, but the Real Madrid forward scooped the ball straight at Hungary goalkeeper Peter Gulacsi.

The moment summed up Bale’s current fortunes, seemingly unwanted by his club and without a goal since mid-March.

Wales survived when Joe Allen produced an extraordinary goal-line acrobatic clearance, the Hungarians convinced the ball had crossed the line, but they were not so fortunate following some more sloppy defending.