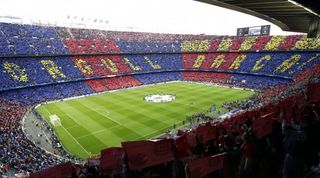 The Brazil Under-20 international has been with Sao Paulo since 2012 and helped the club win the Copa Sudamericana two years ago.

However, he looks set to become the latest arrival at Camp Nou after the clubs agreed a fee of €4 million with further add-ons to be paid based on appearances.

Provided he passes a medical at Barca later this week, Douglas will join the 22-time Spanish champions on a five-year deal and will become the latest in a host of new signings made by Luis Enrique since taking over.

Douglas - who has played 95 matches for Sao Paolo since signing from Goias - will hope to challenge for a place in the club's new-look defence after the likes of Thomas Vermaelen and Jeremy Mathieu both arrived over the close-season.

The full-back could also vie with compatriot Dani Alves for a spot on the right-hand side of defence.

Douglas is yet to gain a senior cap for his country but clinched the South American Under-20 Championship with Brazil in 2009.