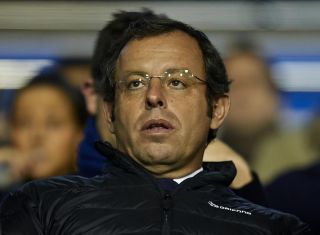 Reports in the Spanish media on Wednesday claimed legal proceedings were to begin against Rosell regarding the deal to bring Neymar to Camp Nou from Santos in the close-season.

The reported €57 million deal, has come under scrutiny following allegations of a misappropriation of funds.

Rosell quickly refuted those rumours and said he would be happy to testify in court, saying on Tuesday: "I want to state again that the transfer cost €57 million and that’s it.

"With all respect to the judge, I’m asking him to accept the legal action and call me to declare immediately so I can tell him what I know."

A statement on Barcelona's official website said: "This Thursday at 18:00PM (CET) the Board of Directors will meet for a special meeting."