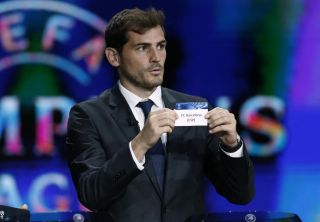 Mestre said Barca had been handed a tough draw, even wary of arguably the group's weakest team – APOEL.

"PSG are a tough team. Ajax we played last season and are tough as well. APOEL in the beginning could be an easy team, but we don't trust in that kind of thing."

PSG president Nasser Al-Khelaifi said he had the utmost respect for Barcelona and Ajax.

"We are also a great club this season I think," he said.

"We respect them as a football club. We will try to win all our games and get the three points, always."