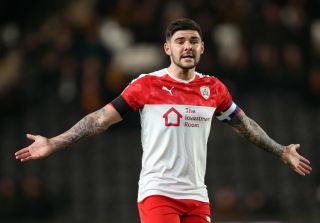 It's a troubling time to support either of these two clubs.

Wigan have had their off-field worries but four wins in the last five have given the fans something to be proud of at least. The Latics have been excellent since the resumption of the league and are looking to amass as many points as possible in the closing games.

Barnsley meanwhile are second-bottom in the league. They've had encouraging performances lately, but need to start putting together a late flourish of form if they're going to escape this battle.