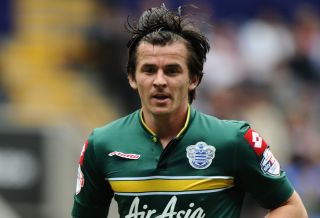 Speaking at the Leaders in Football Conference in London on Thursday, Barton launched a scathing attack on Roy Hodgson's side, describing them as "s***", while also slamming Football Association chairman Greg Dyke, former Manchester United manager Alex Ferguson, and the overall standard of coaching in England.

In a typically full-blooded diatribe, Barton also attacked the media for their role in England's plight, suggesting that the press are unqualified to judge footballing talent.

"The English national team are s*** at the minute," he said.

"I don't think we have great players. Our players are told they're world-class, they're great. They play with great foreign players."

FA chairman Dyke announced on Tuesday that the likes of Howard Wilkinson, Danny Mills a former England manager Glenn Hoddle are to feature on a commission set up to assess potential improvements to the state of football in England.

But Barton is highly sceptical of how useful the commission will be.

"(The commission) gives him (Dyke) eight people to hide behind.

Barton, who has one senior England cap in his career, offered a damning assessment of the quality of coaching in England, including a surprise critique of Ferguson, who retired earlier this year after a trophy-laden career at Old Trafford.

"Alex Ferguson couldn't put on a coaching session to save his life."

England's World Cup hopes hinge on winning their next two games, both at Wembley, which would secure their place in Brazil without the need for a play-off match.