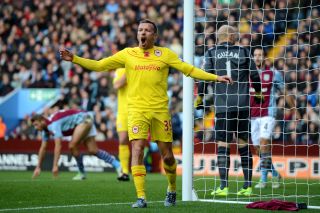 Bellamy, who played for City between 2009 and 2011, before joining Cardiff on loan, has revealed Alex Ferguson was keen to sign him prior to his temporary switch.

However, the former Wales international also explained the deal was never likely to happen because of the rivalry between United and City.

"My advisor had a conversation with United in 2010, shortly before I came to Cardiff on loan," Bellamy told Wales Online.

"It was great to feel wanted, and I would have loved to do it - but it was never going to be allowed to happen.

"If Man City had agreed to it, then great. But point-blank they said no, and I never once pushed it.

"After Carlos Tevez had moved in the opposite direction the year before, I didn’t expect anything to come of it."

Cardiff welcome the champions to South Wales on Sunday, having won just one of their last five Premier League matches.