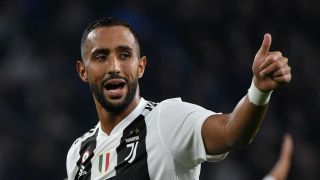 Juventus defender Medhi Benatia has made an €8million move to Qatari club Al-Duhail after two and a half seasons with the Serie A giants.

Benatia, 31, leaves Europe for the first time in his career, with Juve confirming the move on Monday.

The fee is expected to be paid in two instalments by October 2019 and may increase a further €2m, the club said in a statement.

Benatia initially arrived at Juve on loan from Bayern Munich in 2016 before the club made the move permanent the following year.

The Morocco international won two Serie A titles and two Coppa Italia crowns during his time with the club.

Al-Duhail are six-time top-flight champions in Qatar and sit second through 15 games this season, now strengthening what is already the best defence in the competition.