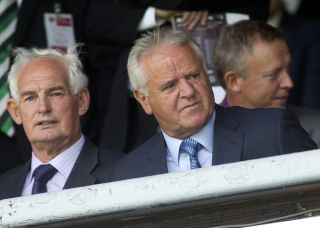 Craig Levein said the best wishes of Hearts’ fans and the whole of Scottish football are with the club’s former defender and manager Jim Jefferies after he suffered a heart attack on Monday.

The 68-year-old enjoyed a long playing career at Hearts before going on to manage them on two occasions, winning the Scottish Cup in 1998.

Current Tynecastle boss Levein told Sky Sports: “Certainly I think every Hearts supporter and the wider footballing family in Scotland will be wishing him the best.”

Hearts were one of a number of Jefferies’ former clubs who sent messages of support via Twitter on Monday night.

They wrote: “Everyone at Heart of Midlothian Football Club would like to wish former captain and cup-winning manager Jim Jefferies a speedy recovery after he took ill earlier today. Get well soon, JJ!”

It read: “As has been reported in tonight’s press, sporting director Jim Jefferies suffered a heart attack earlier today while on the golf course.

“We can confirm that club chairman Jim Brown has spoken to Jim on the phone this evening and are pleased to say that he is in good spirits and looking forward to making a full recovery.

“Both the club and Jim would like to thank everyone who has been in contact to wish him well and appreciate greatly their kind thoughts at this difficult time.”