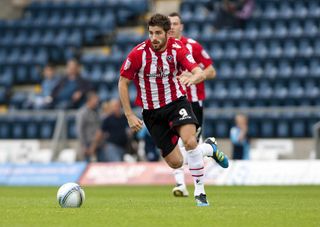 The Welsh striker was with the side when he was charged with the offence, but was released upon his conviction in April 2012.

He was released from prison on Friday after serving half of his five-year sentence and it had been reported that he would return to Bramall Lane.

However, the League One outfit released a statement on Saturday that revealed no offer had been made, though the club did not rule out a move for the 25-year-old.

"An article in [a national newspaper] that Sheffield United has offered a contract to former player Ched Evans is false and damaging to the club.

"We have made a statement on this matter previously and the lack of credibility and substance from this latest media report does not warrant any expansion from previous comments apart from noting that we are continuing to deliberate on any long-term decision about Ched Evans."