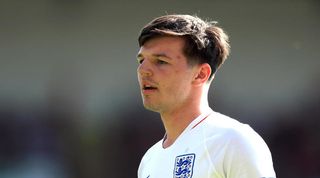 Borussia Dortmund are interested in signing Liverpool youngster Bobby Duncan, according to 90min.

Duncan faces an uncertain future after his agent Saif Rubie accused the club of "mentally bullying" his client after he was denied a loan move to Fiorentina this summer.

The 18-year-old is a cousin of Steven Gerrard but his days at Anfield could be numbered after Rubie's outburst.

And Dortmund are keeping a close eye on the situation as they weigh up an offer for the forward.

The Bundesliga side prised Jadon Sancho away from Manchester City in 2017, and the England international has been a major success at Signal Iduna Park.

BVB could take advantage of Rubie's broken relationship with the Liverpool hierarchy by bringing Duncan to Germany.