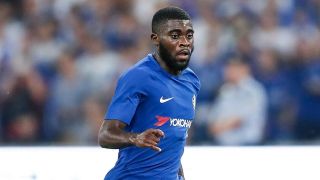 Sassuolo have completed the signing of Jeremie Boga from Chelsea for an undisclosed fee.

The 21-year-old moves to Serie A after making just one senior appearance for Chelsea since joining the club's academy in 2009.

The midfielder impressed during loan spells with Rennes and Granada but his only outing for his parent club came in the shock 3-2 defeat to Burnley on the opening day of the Premier League last season.

Sassuolo, who finished 11th in Serie A in 2017-18, will reportedly pay a fee in the region of €4million for the Ivory Coast international.

Getting ready for the season ahead ..On se prépare pour la saison prochaine  June 25, 2018