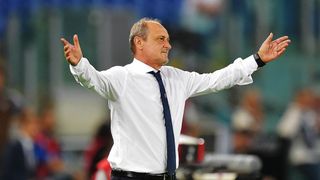 The Rossoblu bounced back to the Italian top flight at the first time of asking after a play-off victory at the end of last term but have lost eight of their opening 10 league games in 2015-16.

Roberto Mancini's Inter won 1-0 at the Stadio Renato Dall'Ara on Tuesday to condemn Bologna to their third consecutive home defeat, and the club have opted to take action.

"Bologna announces that first-team coach Delio Rossi has been relieved," a statement released on Wednesday read. "We offer our heartfelt thanks for his professionalism and competence.

"The club wishes him all the best in his professional fortunes."