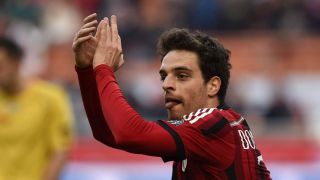 Bonaventura replaces Simone Zaza in the 28-man squad for the clash in Split, which pits the top two sides in Group H against one another.

The forward scored seven goals in Serie A this season and was a bright spark in an otherwise disappointing campaign for Filippo Inzaghi's men.

His inclusion is the second change Conte has been forced to make to his original selection, after Juventus' Andrea Barzagli withdrew on Monday.

Barzagli's exit saw Conte name Sassuolo defender Francesco Acerbi as his replacement, with the 26-year-old looking to make his competitive debut after featuring in November's 1-0 friendly win over Albania.