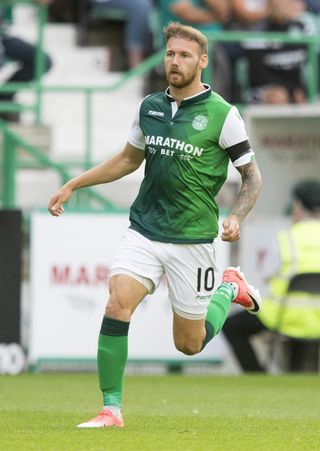 The Australia international injured his knee for the second time this year during last week’s win at Elgin and is set for a lengthy lay-off.

Ryan Porteous, David Gray (both knee), Lewis Stevenson (calf) and Vykintas Slivka (hip) are all gaining fitness but will not be ready to face the Buddies at Easter Road.

St Mirren will be without Cody Cooke for their curtain-raiser at Easter Road after the striker was ruled out for up to nine months.

And with Jim Kellerman (dislocated shoulder) also out for another couple of weeks, Buddies boss Jim Goodwin is preparing to face Hibs with only one recognised striker in the shape of Danny Mullen.

However, he has bolstered his squad this week with the signings of Ilkay Durmus, Sam Foley and Sean McLoughlin, who could all make their debuts against Paul Heckingbottom’s team.