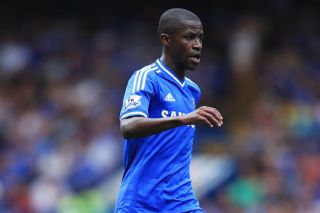 Ramires, 26, was left out of Luiz Felipe Scolari's squad for their successful Confederations Cup campaign after a mix-up over his fitness for matches against Italy and Russia in March.

Chelsea later apologised for miscommunication over Ramires' groin injury after questions were raised about his international future.

Ramires last played for Brazil in a 2-1 loss to England in February but returns for matches against Australia and Portugal on September 7 and September 10 respectively.

World Cup winner Maicon, signed by Serie A side Roma in July, also returns in what is close to a full-strength squad.

Neymar, Fred, Oscar, Thiago Silva and David Luiz are among those included by the 2014 World Cup hosts.

Brazil suffered a 1-0 loss to Switzerland last time out, their first defeat since being beaten by England in Scolari's first game back in charge.