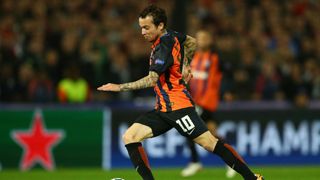 Brazil winger Bernard has joined Everton on a four-year contract, the Premier League club have confirmed.

The 25-year-old moves to Goodison Park on a free transfer after his terms expired at Shakhtar Donetsk.

Bernard won three league championships and as many domestic cups over the course of five seasons with the Ukrainian giants.

Capped 14 times by Brazil, although not since playing in the 7-1 World Cup semi-final humiliation against Germany in 2014, Bernard cited Everton boss Marco Silva as a key factor in his decision to move to Merseyside.