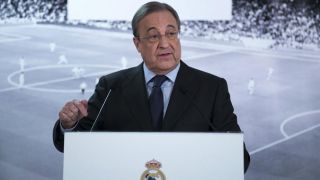 Real Madrid will appeal a FIFA punishment barring them from registering new players for the next two full transfer windows, the Liga club have confirmed.

Madrid, along with their city rivals Atletico Madrid, were hit with bans earlier on Thursday  after the Disciplinary Committee of world football's governing body found them to be in breach of regulations "relating to the international transfer and registration of players under the age of 18".

Atletico have already announced their intention to appeal and their neighbours will also do so after releasing a statement branding the sanctions as "absolutely unacceptable".