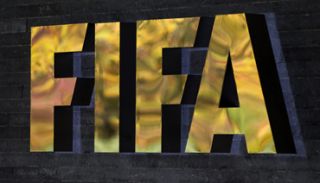 The British vice-presidency will be abolished at Friday's FIFA Congress in Mauritius, a trade-off for the four British associations of England, Scotland, Northern Ireland and Wales retaining their influence on the International Football Association Board (IFAB), the body responsible for the laws of the game.

However, Britain will retain a permanent seat on the executive committee as one of the three European vice-presidents proposed and seconded by UEFA, European football's governing body.

"We proposed to our colleagues in the rest of Europe that one of the vice-presidents should come from Britain and they were all happy with that," said Horne, speaking after UEFA's strategy meeting ahead of the Congress.

"The good thing for us is that it moves the four British associations closer to Europe and does not leave us isolated as such on the executive, and the good thing for Europe is that they feel more ownership of that British position, they feel closer to the British, so it is a win-win situation.

"Unlike before when the British vice-president was decided by the four associations, in future the four candidates will be presented to UEFA and all of the UEFA countries will vote to decide who is elected.

"It will be in the statutes on Friday and will take effect from 2015."

The British vice-president is currently Jim Boyce of Northern Ireland who will remain on the executive until his term ends in two years. Then the seat will revert back to UEFA's "ownership" without the vice-presidency tag attached to it.

The British vice-presidency came into existence in 1946 when English FA general secretary Stanley Rous, who was FIFA president from 1961 to 1974, brokered a deal to raise funds after World War Two for then-impoverished FIFA by staging a Britain v Rest of the World game in Glasgow.