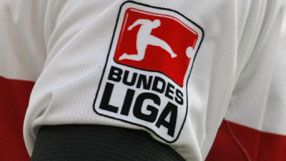 The booming Bundesliga has now doubled its turnover in 10 years from one billion in 2001/02.

Second-division clubs also set a turnover record with 384.5 million euros, up 7.4 percent from the previous season.

"The Bundesliga is well equipped to deal with the challenges ahead," DFL chief executive Christian Seifert told reporters in Frankfurt.

"The foundations for this successful path are financial good sense as well as targeted investment in sporting efficiency and infrastructure."

Financial records were not the only ones broken in the 2011/12 bumper season with the league remaining the most popular by average attendance in the world.

With 44,293 spectators on average per Bundesliga game - more than 2,000 more than the previous season - the German league is the world leader with the English Premier League which registers some 10,000 spectators less per game. Spain's La Liga has an average attendance of 28,000.

"The Bundesliga remains, in terms of attendance, the world's leader," the DFL said.

"Media partners contribute in Spain, England and Italy between 45-60 percent of the league's turnover. In the Bundesliga the figure is stable at 26 percent despite the clubs receiving more and more money every year for the broadcasting of games," the DFL said, highlighting the league's higher degree of financial independence.

The Bundesliga's solid financial and sporting image has attracted several big-name players in the past few seasons with Bayern Munich springing a surprise last week when announcing the signing of former Barcelona coach Pep Guardiola for next season.