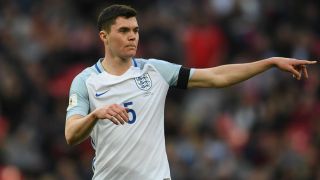 Sean Dyche has claimed Burnley are in no rush to cash in on Michael Keane amid speculation that Manchester United and Liverpool want to sign the England international.

Keane joined Burnley from United in September 2014 on a six-month loan deal, before the move was made permanent in January 2015.

The 24-year-old has since become a key figure at Burnley and his good performances have allegedly earned him the interest of both his former club and Liverpool.

Nevertheless, Burnley have no intention of selling the defender on the cheap during the close-season.

"The one thing we know is that we are in a strong position," Dyche told reporters.

"He has got a year to run on his contract. If nothing happens that is suitable for us, the situation will go on and he will carry on playing.

"We will wait and see what the summer brings.