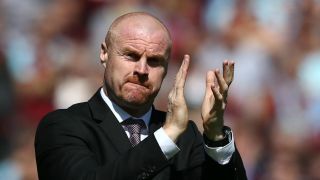 Sean Dyche's name now adorns a pub in Burnley after the manager led the Clarets to European qualification for the first time in over 50 years.

Burnley's seventh-placed finish in the Premier League was enough to book the club a place in the Europa League second qualifying round.

The landlord of the Princess Royal, a pub located close to Turf Moor in the Lancashire town, pledged to rename the venue after Dyche if Burnley qualified for Europe.

And after they achieved that feat, the pub followed through with a rebrand to The Royal Dyche, holding its official reopening on Friday.

Burnley will open their European campaign on July 26.