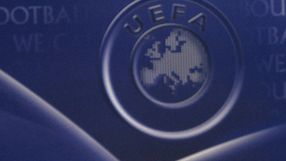 UEFA said it was backing a campaign by FARE, a Europe-wide group aiming to rid football of racism, in asking captains to wear the armbands featuring the words "Unite against racism".

Frequently criticised for not doing enough to stamp out racism, UEFA said 30-second video messages would be played on stadium screens before games, and teams would be accompanied by children wearing "Unite against Racism" T-shirts.

"UEFA is committed to tackling discrimination in football and we encourage football fans to join us in our efforts to value respect for players, officials, opponents and fellow supporters of all nationalities, religious backgrounds, sexual orientation and ethnic origins," said UEFA President Michel Platini in a statement.

"For over 10 years we have worked alongside the FARE network and will continue to strive towards unity in football."

A UEFA statement added: "Forty matches across UEFA's prestigious club competitions will reinstate UEFA's commitment to ensuring that European football is free of racism, intolerance and xenophobia through a series of activities which will be witnessed by thousands of fans in the stadiums and millions more on television."

Critics have said racism will only stop if UEFA deducts points from teams or kicks them out of competitions altogether.

UEFA last week fined Lazio 40,000 euros for racist behaviour by their fans during a Europa League match at Tottenham Hotspur.

The UEFA initiative comes as England have lodged a complained that their under-21 players were racially abused at a European championship play-off match in Serbia. UEFA has opened proceedings against both teams.