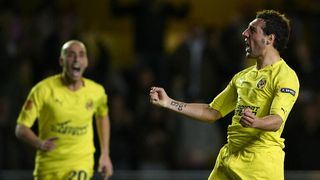 Santi Cazorla has returned to former club Villarreal for pre-season training following his release from Arsenal.

Midfielder Cazorla last played for Arsenal in October 2016, having undergone a succession of Achilles surgeries – one of which preceded an infection that put him at risk of having his foot amputated.

The 33-year-old was not offered a new deal by the Gunners, so Villarreal have welcomed him back to continue his recovery ahead of the 2018-19 season.

Cazorla made 241 appearances over two previous spells with the LaLiga club, who have not announced any details of a permanent deal for the player.

Having come through the ranks at the Estadio de la Ceramica, Cazorla moved to Recreativo Huelva for the 2006-07 season before heading back to Villarreal.

He left for Malaga in a reported €21million move in 2011 but a potential return had been mooted for some time, with Cazorla also recently training with the youth team of Deportivo Alaves.