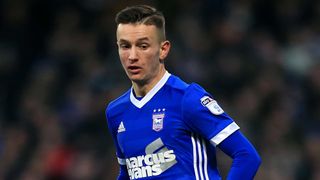 Swansea City have announced the signing of Bersant Celina from Manchester City for an undisclosed fee.

The 21-year-old has agreed a four-year contract with the Championship club and will complete his move upon receiving international clearance.

"When I heard that Swansea wanted me, I knew straight away it would be the best move for me because I know the manager wants to play good football," he told the club's website.

"I've been at Manchester City a long time, but it was the right time and decision.

"I have come to Swansea because I want to play regular football. I don't think there's any better place for me."

Celina joined City from Stromsgodset but only made one appearance in the Premier League, coming on as a substitute in the 3-1 defeat to Leicester City in February 2016.