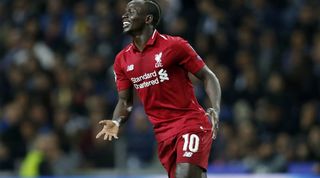 Liverpool beat Porto 4-1 in the second leg of their Champions League quarter-final second leg on Wednesday night, and Mané scored once again – his 22nd goal of the season in all competitions.

The reult sent the Reds through to the semi-finals after a 6-1 aggregate win, and they'll now face Barcelona and Lionel Messi.

But even Messi hasn't scored with with the efficiency that Mané has shown during his altogether shorter career in Europe's premier competition.

Four of his 10 goals have come against Porto, but the 27-year-old also struck against Manchester City, Roma and in last season's final against Real Madrid.

Quiz! Can you name the 49 players with 4+ goals/assists in the Champions League this season?