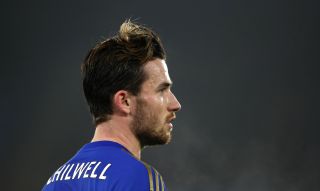 Chelsea have announced the signing of Ben Chilwell from Leicester on a five-year deal.

The England left-back’s capture for an undisclosed fee is Blues manager Frank Lampard’s third major signing of the summer, following the arrivals of Hakim Ziyech and Timo Werner from Ajax and RB Leipzig respectively.

Chilwell, who made his Leicester debut aged 18 in October 2015, said on Chelsea’s website: “I am delighted to be joining Chelsea at this very exciting time for the club.

“I’m looking forward to being a part of this young, dynamic squad led by Frank Lampard as we challenge for honours next season.

“I can’t wait to get started and hopefully it won’t be long before we’re playing in front of the Chelsea fans at Stamford Bridge.”