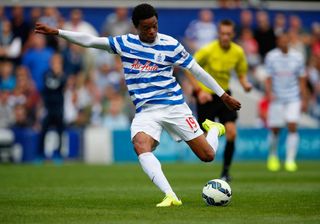 Remy appeared set to join Liverpool in July, only for Brendan Rodgers' side to pull the plug on the deal amid reports of the 27-year-old failing a medical.

However, that has not dissuaded Chelsea from making a move for a player who scored 14 Premier League goals in 26 appearances when on loan at Newcastle United last season.

Having agreed to let Fernando Torres move to Milan on a two-year loan, Chelsea were keen to bring in an additional centre-forward to compete with Diego Costa and Didier Drogba.

And Remy has penned a four-year deal at Stamford Bridge.

"I feel very happy and very proud," said the forward.

"When I heard Chelsea wanted to sign me I said 'let's go' straight away because they are one of the best clubs in the world.

"I remember the amazing atmosphere at Stamford Bridge when I played there for Marseille and I can't wait to play for the first time in front of my new fans."