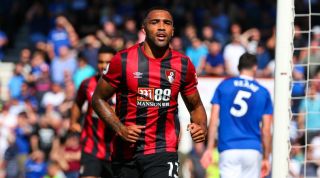 The Premier League club were slapped with a two-window ban from bringing in new players by Fifa after breaking rules on the signing of youth players.

They are already halfway through their punishment, but the Sun reports that the club believe they will be able to sign players again when the winter window opens at the turn of the year.

Chelsea’s legal team are confident that the Court of Arbitration for Sport will suspend or overturn the second part of their ban.

That is due to new evidence being presented in their appeal, in addition to an argument based on Manchester City avoiding punishment for similar transgressions.

Frank Lampard’s priority is to find a suitable alternative to Tammy Abraham up front, with Wilson and Werner both on the club’s shortlist.

Olivier Giroud will be free to leave the club in January if Chelsea are free to do business again, with Crystal Palace believed to be interested in the France international.

The Blues could also look to find a successor to Willian, who is in the final year of his contract and could leave on a free transfer next summer.

Lampard has been praised for his promotion of young prospects since taking over from Maurizio Sarri as manager in the summer.

The former Derby County manager is keen to continue that trend, although he is also said to be realistic about what he can achieve in the transfer market.

Chelsea have made an encouraging start to the season and currently sit fourth in the Premier League, level on 17 points with third-placed Leicester City.

They have also started well in the Champions League with two wins from three games, including a 1-0 victory away to Ajax on Wednesday, to leave them top of Group H.