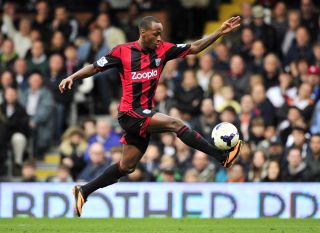 The England Under-21 international has scored once in the Premier League this season, claiming four more in the League Cup games against Newport County and Arsenal.

And after his impressive start to the season, Clarke warned that the Burundi-born forward will not be leaving the Hawthorns in the near future.

"It's just speculation and the speculation is rubbish," Clarke told reporters at the Asian Football Awards.

"He's under contract with West Brom until the end of next season, so we've got plenty of time to sort out Saido's future."

Berahino's contract situation has been the centre of much discussion since he secured a regular first-team place, with Clarke recently criticising the player's representatives of leaking details of the 20-year-old's wages.

However, the West Brom boss is confident that the striker is focused on his performances rather than financial rewards.

"He's a sensible boy," Clarke continued. "He understands that all the rewards and riches come with hard work and he has to just concentrate on his football and let other people worry about his contract situation and whatever.

"Saido has got a big future in the game and all he can do now is work hard and make sure he is still a top player in 10 years' time."