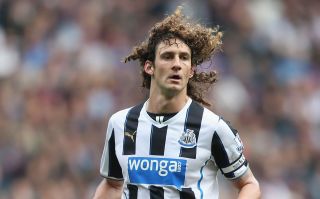 Newcastle travel to the Stadium of Light on Sunday to meet their bitter rivals and will be looking to avenge a 3-0 defeat when the sides last met in April at St James' Park.

Defender Coloccini missed last Saturday's 2-2 draw with Liverpool after picking up a groin injury on international duty with Argentina.

It had been feared that the 31-year-old would be on the sidelines for eight weeks, but he could yet make a surprise return.

"Colo has had a really good week," Pardew said.

"If he's ready I've got no hesitation about putting him in.

"If not against Sunderland, against Chelsea or Manchester City."

Coloccini's prospective comeback would boost a defence already depleted by the suspension of Mapou Yanga-Mbiwa, who was sent off against Liverpool.

Steven Taylor is still struggling with a hamstring problem and Pardew will wait to decide whether to include the Englishman in his squad.

"Steven Taylor has trained and we are going to see whether he's going to start on Sunday," Pardew added.

"We will have to make the choice tomorrow (Saturday) or Sunday, whenever we think it's right to make that decision.

"It will be touch and go for both of those guys (Coloccini and Taylor)."