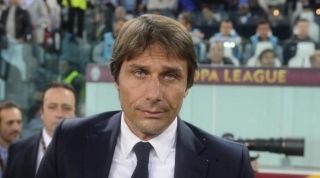 The German-based company will reportedly fund a majority share of Conte's contract with the national team, which is alleged to be worth €4.1 million a year.

PUMA's involvement in the deal raised concerns over whether they would push to have their sponsored players, who include Mario Balotelli and Gianluigi Buffon, included in every team selection.

But Conte aimed to ease those worries when he was presented to the media on Tuesday.

"This type of contract already exists for football players and other coaches," he stressed. "Personally, I emphasise the words of the president when he says that to have a winning coach is important for the [Italian Football] Federation.

"My contract falls within the parameters of the Federation, and to meet them I gave them all my image rights, which in the past has never happened. So I gave up the money. There was great willingness on my part for this role.

"I think I have made great strides with the Federation in accepting this assignment.

"For me, the controversy over the contract will become a secondary thing. I want to begin to work and to follow this long path. For a certain type of question I will respond with facts.

"Will PUMA interfere in squad selections? Nothing and nobody can force my decisions. If you know Antonio Conte, you should know that."