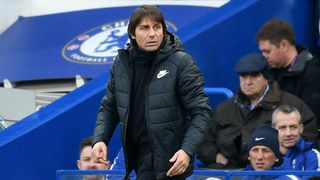 Chelsea head coach Antonio Conte admitted he had endured sleepless nights during this campaign, searching for answers to his team's problems.

The reigning Premier League champions are third in the table, but 15 points adrift of leaders Manchester City.

Conte, whose team host Newcastle United in the FA Cup on Sunday, said his desire for improvement from Chelsea had led to some sleepless nights.

"It is not simple but you know that I live for this job with great passion and great love," the Italian said.

"For this reason, sometimes I do not sleep when you have to deal with difficult situations.

"I try to do the best for the team, for the players and for the fans. To play every three days, for us, is not simple. We have to hope to have all our players available."