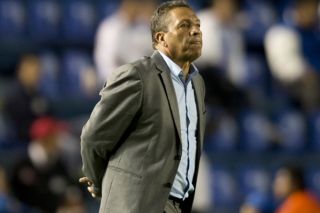 Kendall Watson scored a very late winner for Saprissa as the capital club triumphed 2-1 over Puntarenas, while in Cartago, Herediano hit the front in the 59th minute only for Erick Scott to produce an equaliser for the hosts three minutes later.

The draw on Sunday means Marvin Solano's Herediano (33 points) have not won in three matches in the Costa Rica Primera Division, allowing Saprissa (37) to pull away from the former league leaders.

Herediano had lost their previous two league encounters to Santos de Guapiles and Saprissa, while they had also succumbed to a 2-1 defeat at the hands of Cruz Azul in the CONCACAF Champions League on Tuesday.

But the Heredia-based club struck first against Cartagines with Jose Cubero scoring 14 minutes into the second half.

The visitors' hopes of victory were dashed three minutes later when Paolo Jimenez picked out Scott to ensure Cartagines earned a point.

The draw took Cartagines to 24 points in fourth position, the final spot in the Costa Rican play-offs, just two ahead of fifth-placed Perez Zeledon, who drew 1-1 with Uruguay.

Alajuelense took advantage of Herediano's draw to move within a point of the second-placed club thanks to a 2-1 victory over Santos de Guapiles, while UCR defeated Limon 4-1 and Carmelita and Belen Siglo XXI played out a 1-1 draw.