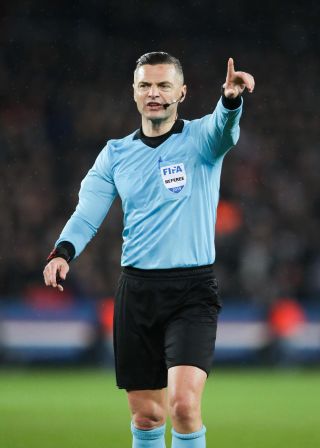 The 42-year-old previously refereed Manchester United’s Europa League final win over Ajax in 2017, as well as Chelsea’s 4-1 defeat by Atletico Madrid in the 2012 Super Cup.

He was the first referee to send off an England goalkeeper when he showed Robert Green a red card in a 1-0 defeat in Ukraine in 2009.

Skomina will be assisted by his countrymen Jure Praprotnik and Robert Vukan, while the fourth official will be Antonio Mateu Lahoz from Spain.

The final takes place in Madrid on Saturday, June 1.