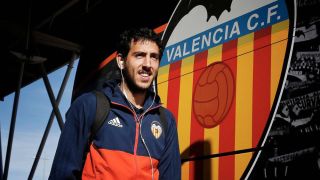 Dani Parejo has denied he changed agents during the transfer window in an attempt to force through a move to Barcelona.

The Valencia captain was linked with a switch to Camp Nou following the arrival of head coach Ernesto Valverde, especially as Barca sought last-minute deals to compensate for Neymar's move to Paris Saint-Germain.

A report in El Confidencial claimed the 28-year-old changed his representatives in order to boost his chances of securing a deal with the LaLiga leaders.

However, Parejo insists his decision had nothing to do with the reported interest from the Catalans.

"No, it was the other way around," he told Marca. "I had been with [the agency] Bahia all my career and I need to thank them, as they've done a great job for me.

"However, I thought it was necessary to make a change because there are some situations which you think can do better.

"It is not that I wanted to go to Barcelona. If Barcelona want a player then they come, they pay the release clause and if the player wants to leave then he does.

"I've been with Valencia almost all my career and owe a lot to the club and the city. I cannot behave poorly with the club that has given me almost everything in my footballing life.

"If I do have to leave here one day then I hope it will be a long time away.

"I don't know if Barcelona were considering it, with all of the commotion of that window. But I always had the mindset of wanting to stay. Since Marcelino arrived, I told him I want to train with him."