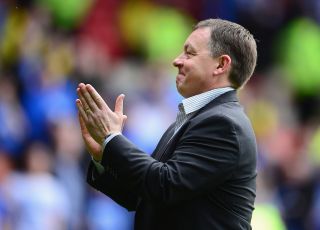 The Scot, who is in his second spell at the City Ground, has been rewarded for his side's excellent start to the season, which has seen them rise to fourth in the table.

Davies returned to Forest in February, replacing Alex McLeish after an ill-fated 40-day spell in charge, and has since won 15 of his 30 games at the helm.

Chairman and owner Fawaz Al Hasawi expressed his delight at the news.

"This is a fantastic day for Nottingham Forest," he told the club's official website.

"Billy and I have the same long-term vision for the club and I am absolutely delighted that he has agreed to sign an extension to his contract."

"I look forward with great excitement to working alongside him for many years to come as we aim to bring success back to this magnificent club."