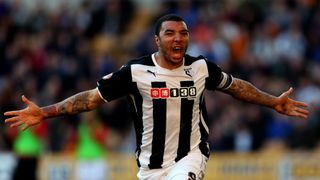 Watford captain has agreed a new five-year contract at Vicarage Road as the club continue to prepare for their top-flight return.

The 27-year-old striker has been with the club since 2010 and scored 21 goals in the Championship last term to help his side gain promotion in second place behind Bournemouth.

Deeney joins Craig Cathcart and Gabriele Angella in agreeing fresh terms with the club in recent days, while Quique Flores' squad has also been bolstered by a host of new arrivals.

Defenders Sebastian Prodl and Jose Holebas, goalkeeper Giedrius Arlauskis and returning striker Matej Vydra have all signed on for the club's Premier League return, which begins against Everton at Goodison Park.