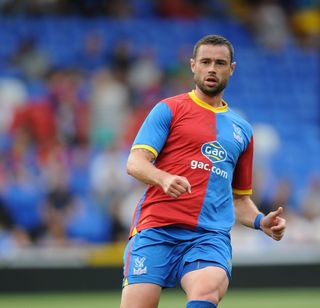 The 32-year-old made the switch to the London outfit in August 2012 after departing former club Ipswich Town by mutual consent.

Delaney then played a starring role as Palace returned to the Premier League courtesy of a 1-0 victory over Watford in the Championship play-off final last season.

And the Republic of Ireland international has spoken of his delight at being given the opportunity to remain at the club.

"It's really pleasing for me and something I've wanted to do," he told the club's official website.

"I was entering the last year of my contract here, so I've been talking to the club for quite a while. Obviously we've both had other things to worry about, but we managed to come to an agreement last week and I'm genuinely delighted.

"Since the day I first came through the door a little over 12 months ago, Dougie Freedman and Ian Holloway have great to me and the fans have too.

"We had a lot of success last year and have had a difficult time this year, but I'm up for the challenge and it's something I want to be part of."

Managerless Palace have made a poor start to their Premier League campaign, winning just once in nine top-flight fixtures.

They will look to kick-start their campaign when they face Steve Clarke's West Brom at The Hawthorns on Saturday.